Being in orbit for several Light Years, The Andromeda Movement band eventually landed in Athens Greece, a place to be called their “Hometown”. Duet of Pepper and Lizard (former Lucky Funeral) – bizarre beings coming from a galaxy far far away – joined their shared musical vision in order to create an Art Rock, Sci-Fi inspired band – a blend of Rock, Funk, Avant Garde & Electro sound.

Currently, The Andromeda Movement working on their debut album and planning their next moves. While their first official single “Be the Flame” has completed and ready to blow your mind, not literally.

“Be the Flame” recorded and mixed by Nikos “Lizard” Chalkoussis at Prova Studio and Mastered by Ted Jensen (Muse, Paul Mc Cartney, Alice in Chains, Deftones, Pixies, Arcade Fire and many more) at Sterling Studio
So much more to be announced soon, but until next T.A.M wish to send an extraterrestrial message to all of you
“EARTHLINGS, WE COME IN PEACE” 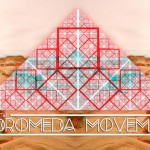 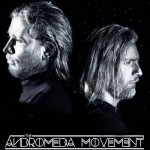 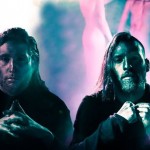 Find more about The Andromeda Movement: